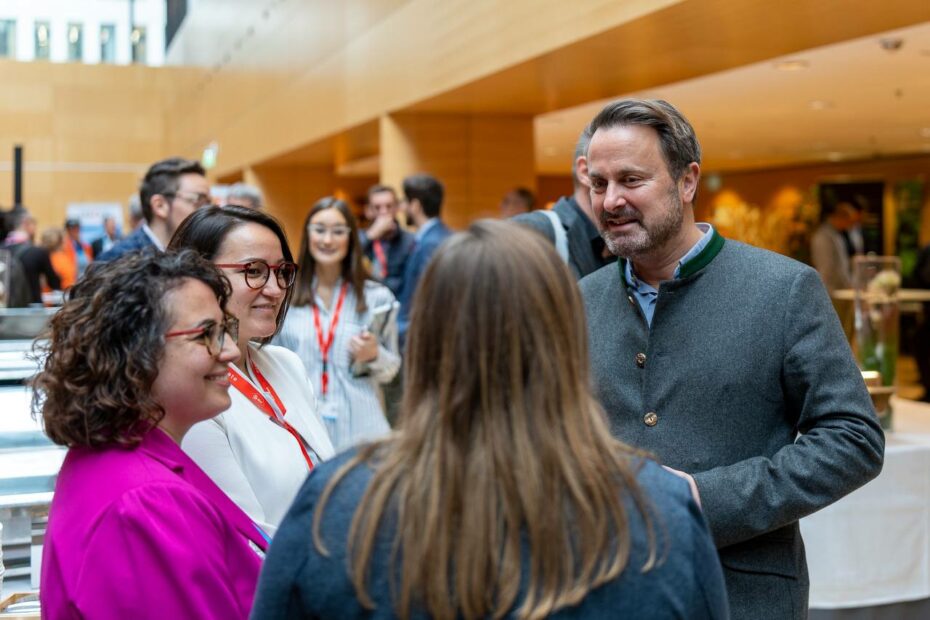 During Luxembourg Internet Days, a 2-Day event at Chambre de Commerce organised by Lu-CIX, Women Cyber Force was present with a booth.

Back in its original format, the Luxembourg Internet Days 2022 saw its ninth edition on 15th and 16th November. Under the topic “Network & Operational Technology Security and Resilience, and the fight against evolving (D)DoS attacks” it gathered professionals from all sectors (banking, industry, health, telecom, …) to discuss ways to strive against increasing threats whilst effectively protecting their organisations.

Women Cyber Force was present with a booth and during the two days we were able to talk to many people, greet a lot of members and even welcome a couple of new joiners.

Overall, there were around 1000 visitors at the event which gave the team good opportunities to share what our association is about. We also shared many laughs and chitchat with members and non-members that passed by our booth.

WCF also had the honour to welcome three distinguished guests at the booth. On the first conference day, our Prime Minister Xavier Bettel, together with the US Ambassador to Luxembourg, Thomas Barrett, had an open ear to our vision and mission.
The Prime Minister values the need for such an association and told us, that if we would need him, he would be there. He even announced to all the audience during his speech that he is a feminist and supports women in cyber and digital.

On the second conference day, the delegate Minister for Digitalisation, Marc Hansen, took the time to listen to us and pondered why there are still not many females working in the domain.

Women Cyber Force was not only present with a booth, but also through the participation of some of its members as speakers during the event. The edition kicked off with a very fruitful panel discussion on 15th Novvember called “The Machine Stops – Threat Actors, Threat Vectors and Why We Do Not Learn the Lessons From the Past” that included our VP Kristina Gray , Koen Maris and Sabika Ishaq.

We would like to thank once again Lu-CIX for the great opportunity at the event and for our partnership overall.